It’s no secret that the Posture team has a soft spot for animals, so Blue Chip Farm Animal Refuge seemed like a natural foundation choice for us. We all own or have owned multiple animals in our lives that we hold near and dear. One of our four-pawed peeps actually works with us at the office every so often – some of you reading this may have already met my branding connoisseur, Mars the dachshund. He’s great with offering snack advice, but logs most of his time here under “Posture naps.” He can be such a weenie.

What some of you may not know is Mars has not always had an easy time of getting around Scranton.

Back in 2012, he was afflicted with an acute case of IVDD (intervertebral disc disease), a spine condition that commonly affects dachshunds and other small dogs and often paralyzes the lower half of their body. The first time this happened, my husband and I pulled our finances together as best we could to afford a surgery that we hoped would give him his quality of life back – and it did! Unfortunately, IVDD struck again 2 years later in 2014 and we were put in a tough financial spot. Luckily, with the help of our wonderful family and friends via our GoFundMe campaign, we were able to again give Mars the surgery he needed and he has lived a full and happy life ever since.

A lot of animals are not as lucky as Mars is.

They don’t have a small community to rally for them when they get seriously sick or injured – instead, they are counting on volunteers and caretakers at local organizations. This is why the mission of Blue Chip Farm is so important to myself and the Posture team – they are giving many animals a second chance at life that they may not have otherwise had. They even have a dachshund success story similar to Mars – all made possible through the generosity of donors and eventually a serendipitous adoption that led to Bella’s recovery.

Mars can definitely relate. He’s a senior dog living life to his fullest, and so are many other animals thanks to the wonderful folks at Blue Chip Farm Animal Refuge. If you love dachshunds and are looking for another way you can help, you can purchase the book about Bella the dog here – proceeds support Bella’s continued medical care as well as Blue Chip Farm. 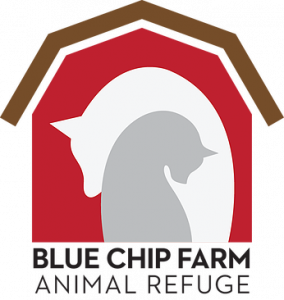 Show your support for the animals and build a virtual gingerbread house for Blue Chip Farm!

Join the Posture House Party now through December 31st and share your house on social media to vote for Blue Chip Farm as the winner a cash donation plus design and digital support totaling $5,000. Don’t forget to use the hashtag #posturehouseparty for your house/vote to count!